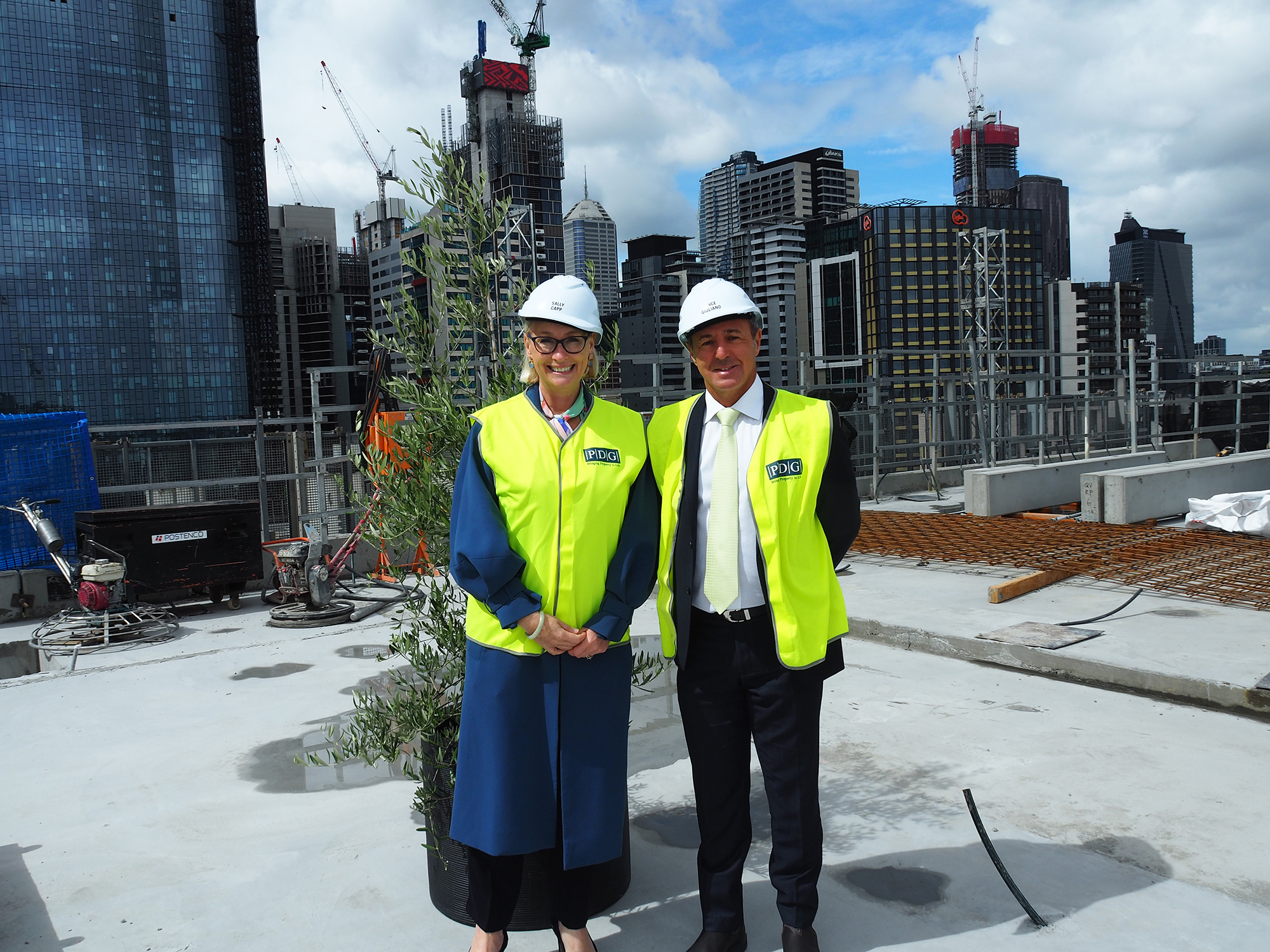 The city’s largest new community hub at the Munro development has ‘topped out’.

Lord Mayor Sally Capp joined PDG and other key stakeholders at an olive tree ceremony to celebrate this significant milestone in the construction program.

PDG Managing Director Vince Giuliano said, “Traditionally, the placing of an olive tree signifies the safe completion of a structure. This is especially symbolic given the year that we’ve had”.

Located adjacent to Queen Victoria Market at the corner of Queen and Therry streets, the community hub will provide 500 underground car parks for market customers, 48 affordable apartments, a range of community spaces, and hospitality and retail complementary to the market.

PDG was appointed by the City of Melbourne in 2016 to develop the landmark Munro site.

PDG and construction partner Hamilton Marino commenced the structure in February this year and is on track to deliver the community hub to the City of Melbourne mid next year – an estimated 7 months ahead of program.

The Lord Mayor said the project has created up to 450 jobs, with the topping out ceremony highlighting another critical milestone has been delivered.

“This has been an incredibly challenging year, but the City of Melbourne is committed to delivering on our commitments to the community with our partners such as PDG,” the Lord Mayor said.

PDG is also developing a 110-room hotel with ground floor retail and 490 unit ‘build to rent’ residences for Mirvac on the Munro site, which is on track for completion by the end of 2022.

PDG is one of the leading property development companies in Australia.